The long awaited Nitropolis slot went live on November the 3rd 2022, and one thing players will be in awe at is its mind blowing 85,155,840 ways to win playing structure. Being designed by Elk Studios there is much more to that slot machine than first meets the eye. It is a game that has a certified RTP of 96.10% and offers a slightly higher than average variance. 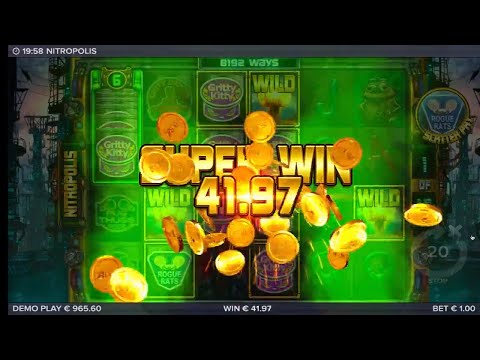 As you would expect with so many ways of forming a winning combination, Nitropolis boasts 6 video reels and there are four in view reel symbols on each reel. As for what makes it unique, well players can trigger up to 25 free spins, and the Nitro Feature which can be awarded gives players an added chance of winning even after a losing spin.

Play at Our Recommended Casinos Below

The Nitro Reels feature did catch my eye, for those chosen reels are always going to cover two of the reel positions and will lock and hold them in place. Therefore, there is the chance that as few as four identical symbols or up to twelve of them could become frozen onto the screen to improve your winning chances. A re-spin could also be awarded at the end of a losing spin too, with those symbols locked in place. 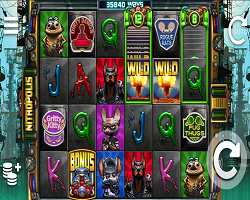 The sound effects are what make this slot stand out and I would suggest you play it with the volume turn on and up and in the full screen size mode for maximum effect.

The base game jackpot is worth 10,000 times your bet with a maximum possible jackpot worth a cool one million coins being offered to players.